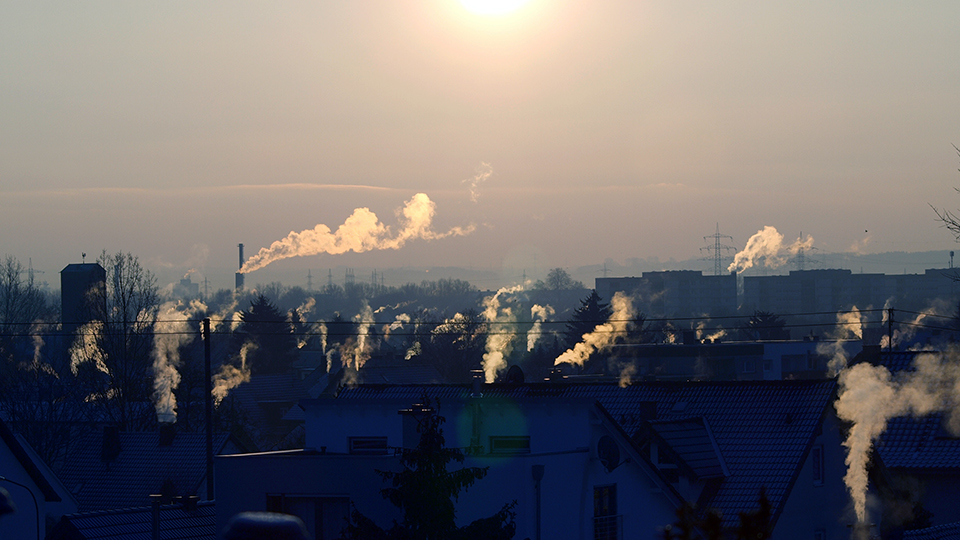 The gap between air pollution pacesetters and laggards in Europe and Central Asia has widened, new report finds

Most emissions have fallen in Western, Central, Eastern and South Eastern Europe since 2010. Hotspots remain in the Balkans and Central Asia, and air quality levels remain dangerous throughout region, but low-cost solutions are at hand, a new report from UNEP and IVL shows.

– Efforts to tackle air pollution have stepped up in recent years and are bringing dividends in many European countries, but extreme hotspots remain in Central Asia and the Balkans, finds a new report issued by the United Nations Environment Programme (UNEP) together with the Swedish Environmental Research Institute.

Dangerous air quality levels continue to be recorded throughout Europe and Central Asia, and ammonia emissions are rising in all sub-regions, states the report issued ahead of the International Day of Clean Air for blue skies. Air pollution laggards are not yet catching up, it finds.

Twenty-nine countries in Europe and Central Asia took part in a questionnaire on actions taken and their results, feeding into the report. The survey was conducted by UNEP and IVL Swedish Environmental Research Institute.

Air pollution is the world’s biggest environmental killer, responsible for around seven million premature deaths each year through diseases such as lung cancer, acute respiratory infections and heart disease. Meanwhile, the main sources of air pollution and greenhouse gases are often the same. Most actions to improve air quality also therefore help to fight climate change.

Actions can clear the haze

Between 2010 and 2017, emissions of most monitored air pollutants decreased in Western, Central, Eastern and South Eastern Europe, the study finds.

For example, in Western and Central Europe, emissions linked to electricity, heat production and industry — a major source of air pollution — were found to have fallen by up to 20 percent in some countries. This is due to a greater uptake of renewable energy, improvements in energy efficiency and the use of environmental impact assessments.

Road transport emissions in Western and Central Europe were found to have fallen by 20-30 percent over the same period, partly due to enhanced efforts on vehicle inspections and the promotion of electric mobility. Meanwhile, stricter vehicle standards saw traffic emissions in South Eastern Europe plummet by 40 percent.

In Western and Central Europe, emissions linked to residential heating dropped by roughly 15 percent, thanks to an increased focus on energy efficiency and green technologies. Thirty-eight European countries now also ban the open burning of waste, up from 32 in 2016.

Such actions are being shown to benefit people’s health. For example, in 2018, around 417,000 people are estimated to have died prematurely in the European Union due to exposure to fine particles (directly emitted as particles or formed from gaseous pollutants in the atmosphere, PM2.5), which affects more people than any other air pollutant. By 2020, this figure had dropped to 240,000, and by 2030 the toll is expected to fall to 170,000.

However, PM2.5 levels still exceed World Health Organization guidelines at 70 percent of the stations located in all countries surveyed, the report underlines. Furthermore, unlike for much of Europe, emissions are found to be on the rise in Central Asian countries. For example, PM2.5 emissions increased by 21 percent between 2010 and 2017 in Kazakhstan, while carbon monoxide emissions in the country jumped 34 percent, and road traffic emissions rose by 20 percent.

Meanwhile, emissions of ammonia increased across Europe and Central Asia during 2010-2017, with the biggest increase recorded in South Eastern Europe. Once emitted, almost entirely from farming, much of the ammonia forms into PM2.5 and can cause respiratory diseases. The rise in emissions occurred despite 75 percent of countries promoting sustainable agricultural practices, according to the paper.

– We are not yet breathing air fit for human health, and are still counting the cost of lives lost and economic damage due to air pollution. Yet this report shows how big improvements can be made. As we build back greener from COVID-19 the COP26 climate talks offer a major chance to seize these solutions, which are often at low cost, said Bruno Pozzi, Europe Director for the UN Environment Programme.

– It is problematic that countries outside the EU are lagging behind, not least from an environmental justice perspective. In addition, these countries are lagging also in their efforts to reduce emissions, even if the air quality monitoring has improved, says Stefan Åström, co-author of the report and senior researcher at IVL Swedish Environmental Research Institute.

The air pollution challenge is seen to be growing in the Western Balkans, where more than 60 percent of people use solid fuels such as coal and firewood to heat their homes. As a result, during winter, cities such as Belgrade, Sarajevo, Skopje, and Sofia are among the worst polluted in the world. On average, city dwellers in the region lose up to 13–16 months of life to air pollution.

Nevertheless, solutions are being sought at local and national level. The Canton of Sarajevo in Bosnia and Herzegovina has put in place a decarbonization strategy for 2021-2030 that envisages phasing out the use of coal in homes, businesses and government buildings, for example.

Several Central Asian cities are also frequently ranked among the most polluted in the world during winter, due to the burning of coal and low-quality fuel. Yet public awareness on the problem is seen to be improving in some cities. In Almaty, for example, a citizen-led network set up air quality monitors around the city, with data being made available in real time via an app. Air quality data is also displayed on LED screens across the city.

Poor air quality continues to correlate with low Gross Domestic Product (GDP). For example, the GDP per capita of both Bosnia and Herzegovina and North Macedonia is less than half of the European median level, while both countries record 150 percent of the median annual average in PM2.5 emissions.

Despite this, in Eastern Europe, air quality assessment infrastructure is now almost on par with those in Central and Western Europe. Progress is also found to have been made on this in Central Asia.

Is change on the horizon?

According to the authors, the damage resulting from air pollution is generally much more costly than the actions to control it. ‘Low-hanging fruits’ exist where large gains can be made at low cost, the paper underlines. For example, improvements in residential heating can reduce emissions and cut bills. Yet 70 percent of countries responding to the survey have national programmes promoting clean energy for cooking and heating — the same figure as in 2016. The introduction of more bans on open waste burning could also be sped up. Meanwhile, the report stresses that all countries must reduce ammonia emissions on farms, which can be done through closed-roof manure storage and methane capture for energy use.

The report is launched in the run-up to the International Day of Clean Air for blue skies, which takes place on 7 September and aims to raise awareness on the importance of clean air for health, economy and the environment, as well as to bring about and promote solutions. The study feeds into a global report on air quality to be published by UNEP to mark the day.

Find out more at www.unep.org